I am delighted to announce that my short story - "A Fresh Start" has been accepted for contract by Secret Cravings Publishing.

I am happy to be working with such an established publishing house.

Paul and Ann were made for each other


He was a surgeon, she was a lawyer and both shared a passion for sports.


Set up by friends, their future together was set from the moment they met at a sporting event.


Before the end of the contest, they had agreed to train together. Through those sessions, they gradually discovered they shared a number of things in common. Food, wines, hobbies, TV shows and books. It was as if the same person had been split at birth into a male and female counterpart of the other.


With so many parallels, it was no wonder their passions spilt over into their private lives.


Within weeks, they had moved in together. Six months later, they were engaged. Less than a year after that, they were married.


Then tragedy struck, and Paul was left alone, devastated and without a purpose in life.


Three years later, he eventually attempts to make a fresh start, returning for the first time to the place his wife used to love them to go on vacation.


Incredibly, he meets two women from the other side of the world who change his life in an amazing way.


Does Paul find love again? Can a broken heart can be mended?

Alexander West
Hi, I'm a new author on the block signed to Secret Cravings Publishing and I am determined to bring you the very best in erotic/fantasy literature. Stay tuned to see how my journey pans out. 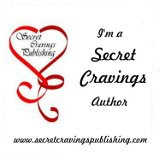